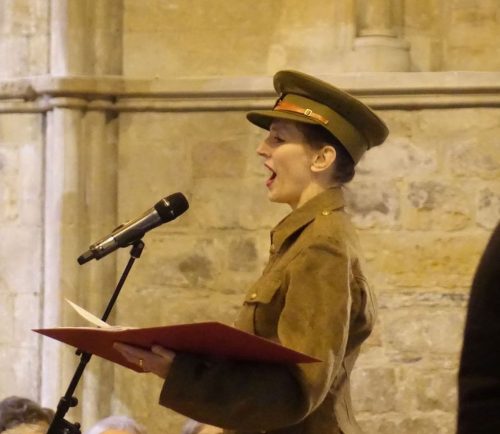 A poignant and celebratory occasion marking the Armistice Centenary.

Feedback received after the concert:

“It’s one of the concerts that will live with me for ever. So moving and such great music.”
“Delighted with it all the way from ‘Memories of a Soldier’ to ‘Jerusalem’ – like four concerts in one”
“Such a magical formula and so well put together”
“The Worcester Philharmonic Orchestra were magnificent, the music sensitive and well chosen and the last piece ‘Soldiers of the Great War’ a revelation to many”

Williams: Hymn to the Fallen

Wells: Soldiers of the Great War

Lawson: Tunes from the Trenches (Songs from World War One)

Holst: Jupiter from the Planets

Elgar: Pomp and Circumstance March no. 1